As imaging technologies have evolved over the years—from B&W to color to today’s HD (1080i) and now UHD 4K imaging—there’s always been a bit of a lag between what is available and what is actually being used.

In the past, part of the issue with technology adoption has been lack of content. Owning a HD TV was no guarantee that you could actually watch something in HD. Understandably, buyers were reticent to lay down the extra cash for a technology they could little use. So it became a wait and see game, with buyers holding out for producers to migrate their content production over to the latest technology before consumers were willing to spend the money to buy the appropriate viewing platform.

UHD 4K is turning that old paradigm on its ear. When Apple and Samsung both came out with 4K cameras on their next-generation smartphones, it put the most advanced imaging technology in the pockets of the everyday user.

1) Technology companies are invested in 4K: 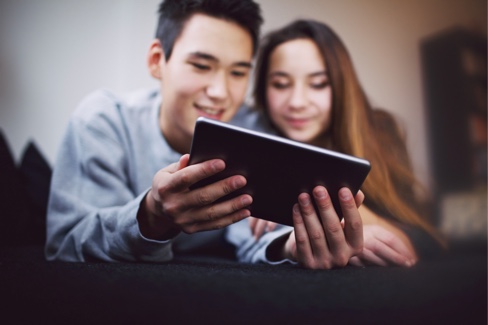 2) It is now the standard in viewing:

Since its widespread introduction in smartphones, consumers have gotten used to the detailed and vibrant imagery 4K can provide and are now using it as their technology baseline when shopping for a TV. Following in the footsteps of the flood of user-generated content, Fortune Tech (Your Next TV Purchase Will Almost Certainly Be a 4K TV) notes that more commercially produced 4K content, including movies on disc, are further spiking demand for that technology.

3) Increase interest in owning a 4K TV at home:

Just like in the consumer market, HD in the OR is headed for extinction. It is only a matter of time before UHD 4K becomes the de facto viewing experience in the surgical suite. Better viewing can lead to more surgical precision. And for that we can thank the consumer for driving this technology train.